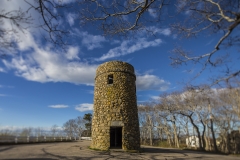 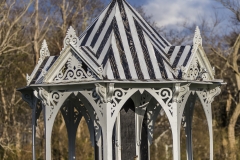 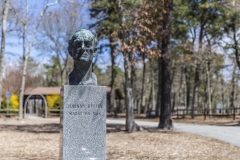 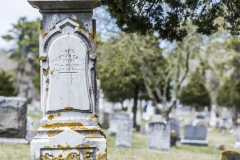 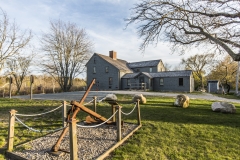 1736 Josiah Dennis Manse Museum
Phone: (508) 385-2232
77 Nobscusset Road, Dennis, MA
Hours: June – September; Tues. 10AM – 12PM; Thurs. 2-4PM Built in 1736 for the Rev. Josiah Dennis, for whom the town is named, this salt box house was purchased by the town in 1967. It has been fully restored. It was listed on the National Register of Historic Places in 1974. There is a maritime room with a diorama of the Shiverick shipyard and has various items associated with the days of clipper ships.

The Dennis Maritime Museum is open from May 20 to September 29 on Wednesdays & Fridays, from 1 to 4 p.m.

Scargo Tower began as a tourist observatory in 1874. Made of wood, it was destroyed in a gale two years later. Rebuilt again of wood, it burned in 1900. the present cobblestone tower opened in 1901. The 30 foot high tower is located atop the highest hill in the mid-Cape. Indian legends tell of the making of both Scargo Hill and Scargo Lake. Views may be seen of the entire lower cape to Provincetown, and as far west as Plymouth.

Advance tickets preferred so our great chefs know how much to prepare.  50/50 raffle tickets, $10 each, visit the Chamber office during business hours of M-F 10-4.
View Calendar